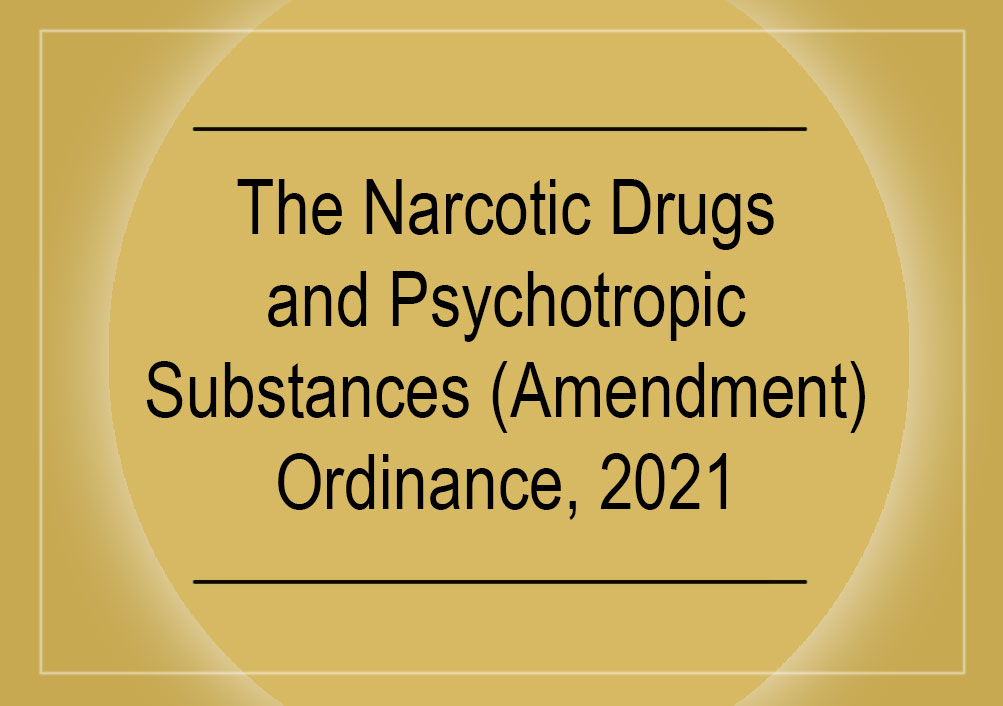 Punishment for financing illicit activities or harbouring persons engaged in them: Under the Act, financing certain illicit activities (such as cultivating cannabis, or manufacturing narcotic drugs) or harbouring persons engaged in them is an offence.  Persons found guilty of this offence will be punished with rigorous imprisonment of at least ten years (extendable up to 20 years) and a fine of at least one lakh rupees.

Drafting error: In 2014, the Act was amended and the clause number of the definition for such illicit activities was changed.  However, the section on penalty for financing these illicit activities was not amended and continued to refer to the earlier clause number of the definition. The Ordinance amends the section on penalty to change the reference to the new clause number.  This amendment will be deemed to have been in effect from May 1, 2014 (i.e., when the 2014 amendments came into effect).