The Juvenile Justice (Care and Protection of Children) Amendment Act, 2021 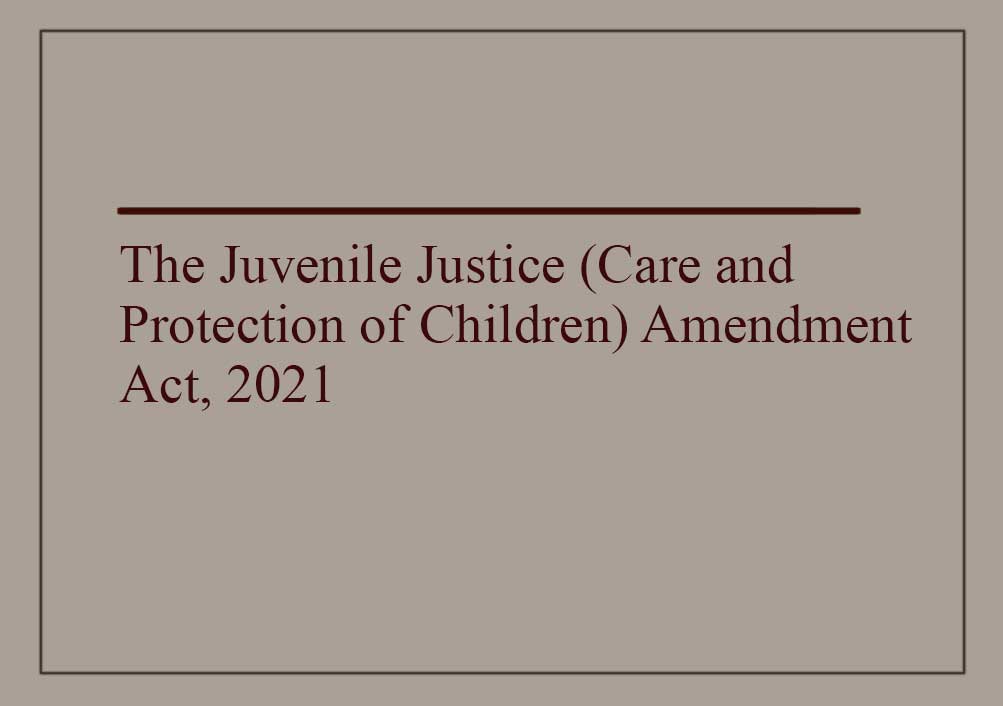 The Lok Sabha on March 24, 2021 passed the Juvenile Justice (Care and Protection of Children) Amendment Bill, 2021 that has widened the ambit of ‘serious offences’ that a juvenile can be charged with.

According to the Juvenile Justice (Care and Protection of Children) Act, 2015, which this new bill amends, juvenile offences can be categorised as petty, serious and heinous.

It also makes offences with punishments ranging from three to seven years as cognisable from non-cognisable. This means that a juvenile accused of such offences can be arrested without a warrant.

It also changes the criteria for appointments to child welfare committees (CWC) and makes it mandatory for the personnel to either have a background in or be a practicing professional in health, education or children’s welfare.

The bill was passed unanimously in the Lok Sabha.