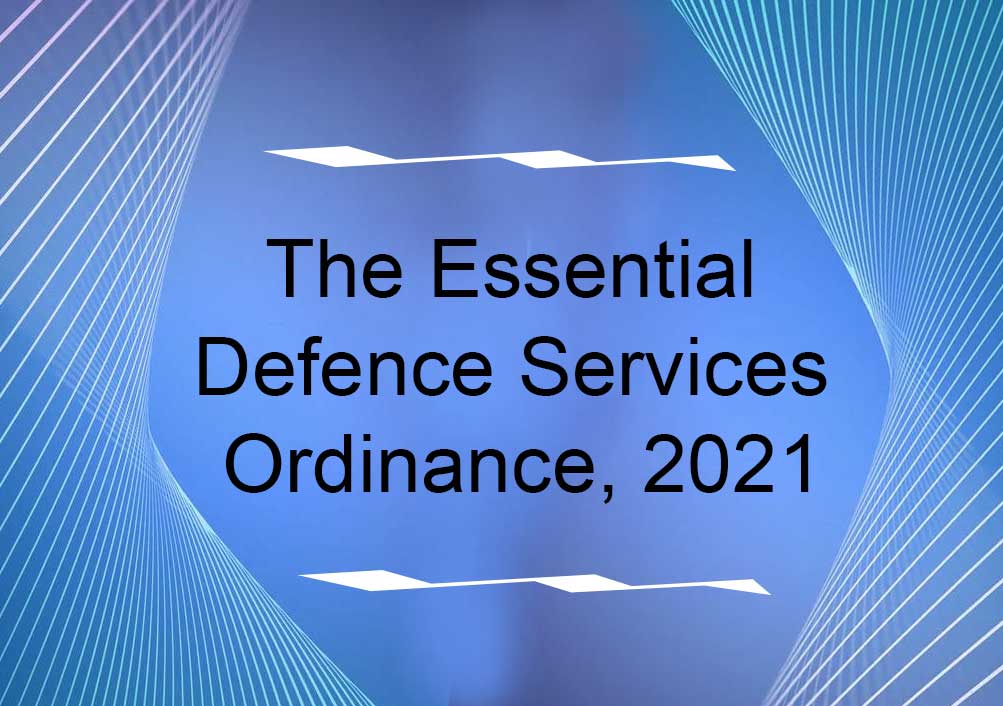 The Law Ministry has notified an Ordinance that prohibits employees engaged in essential defence services from taking part in any agitation or strike.

The Essential Defence Services Ordinance 2021 comes in the backdrop of major federations affiliated with the 76,000 employees of the Ordnance Factory Board (OFB) making an announcement that they would go on indefinite strike from July 26 in protest against the government’s decision to corporatise the OFB.

The notification stated that President Ram Nath Kovind “is satisfied that circumstance exists for the Ordinance as Parliament is not in session”.

“Any person, who commences a strike which is illegal under this Ordinance or goes or remains on, or otherwise takes part in, any such strike, shall be punishable with imprisonment for a term which may extend to one year or with fine which may extend to ₹10,000 or both,” the Law Ministry notification said.

The notification added that anyone instigating or inciting others to take part in a strike declared illegal under the Ordinance shall also be punishable with imprisonment for a term that may extend up to two years, apart from having to pay fines.

The gazette notification said employees involved in the production of defence equipment, services and operation, or maintenance of any industrial establishment connected with the military, as well as those employed in repair and maintenance of defence products, will come under the purview of the Ordinance.

Following the Cabinet decision, Defence Minister Rajnath Singh said there would be no change in the service conditions of employees of the OFB, and the decision was aimed at boosting India’s defence manufacturing sector.

On June 16, the Union Cabinet approved a long-pending proposal to restructure the nearly 200-year-old Ordnance Factory Board — operating 41 ammunition and military equipment production facilities — into seven state-owned corporations to improve its accountability, efficiency and competitiveness.