In WP No. 20983 of 2022 (GM-RES)-KAR HC- Blatant violation of principles of natural justice, says Karnataka HC while setting aside BCI’s order directing suspension of former Chairman of Karnataka State Bar Council as such order was passed without hearing him
Justice M. Nagaprasanna [17-11-2022] 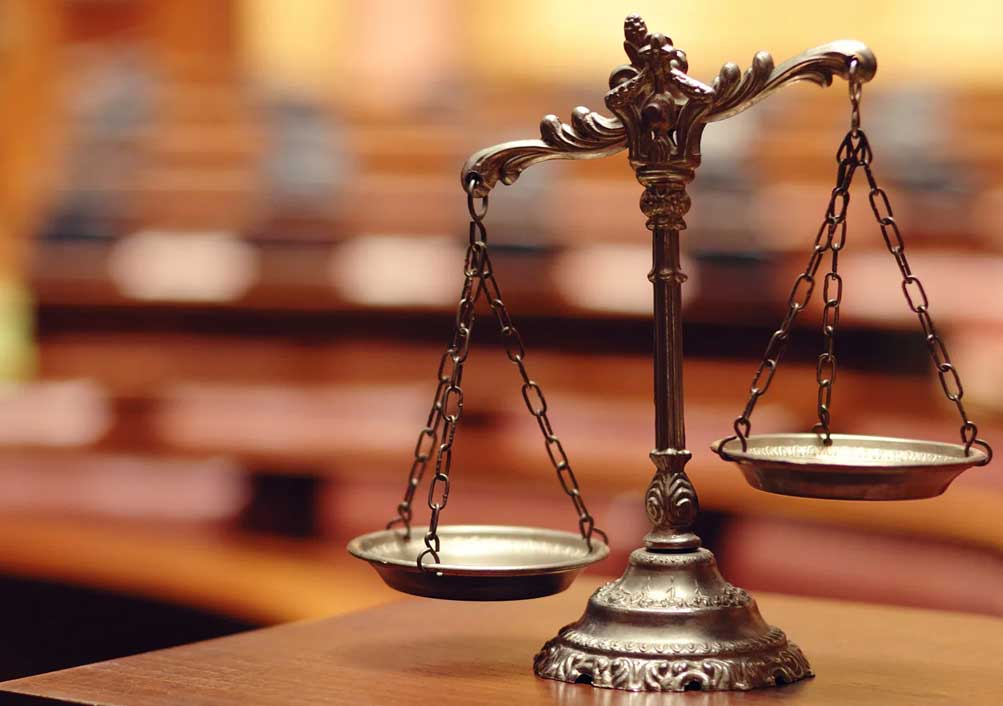 Bengaluru, November 23, 2022:While allowing the petition filed by K. B. Naik-former Chairman of Karnataka State Bar Council and  a sitting Member of the said Council against the order passed by the Bar Council of India directing his suspension, the Karnataka High Court has stated that God himself gave an opportunity of hearing to Adam and Eve before passing the sentence for consumption of the forbidden fruit,

Justice M. Nagaprasanna allowed the instant petition and said,“Section 48A mandates that the Bar Council of India may at any time, examine an issue from which no appeal lies for the purpose of satisfying itself as to the legality and propriety of disposal of the complaint by the State Bar Council. Sub-section (2) of Section 48A mandates that no order which prejudicially affects any person shall be passed under Section 48A without affording a reasonable opportunity of being heard. It is the interpretation of Section 48A that forms the fulcrum of the issue in the case at hand.”

The petitioner was an Advocate enrolled with the Bar Council of Karnataka and claimed  to have put in 28 years of practice. He further claimed  that he was a former Chairman of Karnataka State Bar Council and was a sitting Member of the said Council.

One Sri Basavaraju Murugesh Jarali another practicing Advocate registered a complaint before the Karnataka State Bar Council alleging certain acts of misconduct said to have been committed by the petitioner making reference to certain legal proceedings.

The allegation against the petitioner in the said complaint was that a criminal case had been registered against one Basavaraddi Venkateddi Chulaki and other family members for offences punishable under Sections 341, 504, 506 and 302 of the IPC,’ who had engaged the services of the petitioner as their legal counsel.

This was challenged by the purchaser of the said property. The Appellate Court remitted the matter back to the trial Court to implead necessary parties and then pass appropriate orders. While doing so, the present petitioner was impleaded into the suit. The allegations against him were that he had misused the signatures of Sri Basavareddi Venkateddi Chulaki. The suit again came to be decreed in favour of the plaintiff.

The first respondent, without hearing the petitioner, passed an order that the petitioner was barred from practicing in any court of law during the pendency of the revision petition.

This order was served upon the petitioner.  Immediately, the petitioner knocked the doors of this Court in the subject petition calling in question the order. This Court by its interim order stayed the operation, execution and all further proceedings to the order dated September 26, 2022 passed by the first  respondent.

After considering the submissions from both the sides, the Court noted that the only question that was posed for consideration was whether an order suspending practice of an Advocate in any Court of law, could have been passed without hearing him, albeit at an interim stage.

In view of the same, the Court stated that where on receipt of a complaint or otherwise the State Bar Council has reason to believe that any Advocate on its roll has been guilty of professional or other misconduct it shall refer the case for disposal to its disciplinary committee. If the order is passed by a disciplinary committee dismissing the complaint, the complainant will have an opportunity of filing an appeal to the Bar Council of India under Section 37 of the Act against an order under Section 35 of the Act.

The impugned order which has grave civil consequences on the petitioner is passed at the outset, without hearing him and even communicating it to him. The petitioner comes to know of it when the order reaches the State Bar Council, the Court noted.

In pursuance of the same, the Court noted that it  was a clear case where the petitioner was not heard and an order which, on the face of it, prejudicially affects him, was  passed without hearing. The submission that the order is only an interim order, it would not become an order that is depicted in sub-section (2) of Section 48A, is noted only to be rejected, as it is fundamentally flawed. Order, would mean, each and every order that would prejudicially affect any person, the Court opined.

“Adherence to principles of natural justice is recognized by all civilized States and civilized societies to be imperative, to be followed, when any judicial, quasi judicial or administrative body embarks upon determining the dispute between the parties or any order that would be passed resulting in civil consequences, the Bench noted while allowing the writ petition.