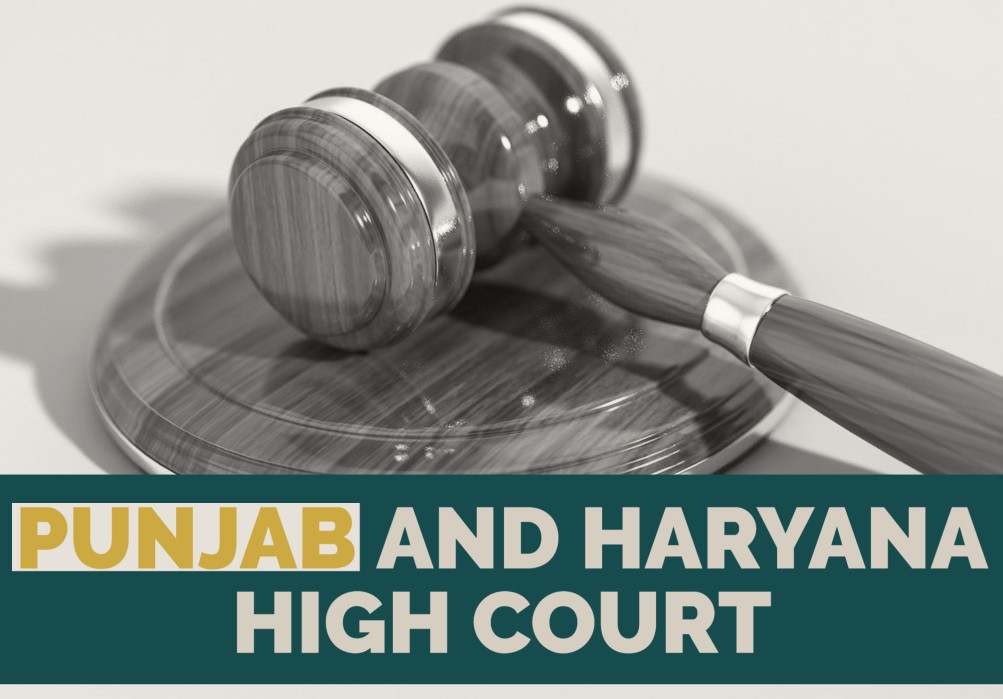 Read Order: Sandeep v. State of U.T. Chandigarh and another

Chandigarh, January 24, 2023:  Dismissing an anticipatory bail petition filed by a person for forging a Will transferring entire property of an old couple in his favour, allegedly, as a token of appreciation for attending to their needs in their old age, the High Court of Punjab and Haryana held that no person possessing a sound disposing mind and ordinary prudence would ever leave his widow to the mercy of someone who was not closely related.

“Whatever be the relationship of the petitioner with the deceased and his widow, it cannot supplant that with the son. Despite differences in opinion, a son does not lose his place in the heart of his father. Grandchildren are even more dear”, the Bench of Justice Sudhir Mittal held.

“If, the deceased did execute the Will dated 2.12.2020, in view of his health condition, he could not have understood the true impact of his actions having the petitioner open to a charge of misrepresentation which also portrays the petitioner as cunning and manipulative”, the bench added.

In this case, the petitioner alleged that he was introduced to late Air Commodore Satinder Singh and his wife in 2010 by his grand-father and since then he was taking care of the old couple, whose only son was in the US and did not attend to his parents’ needs. In view of the close relationship of the petitioner with the old couple, they allegedly wanted to gift their house to him. This fructified in execution of a 2020 Will in his favour.

The petitioner sought transfer of the house in dispute in his favour on the basis of the aforestated Will. Mr. Singh’s wife allegedly executed an affidavit certifying the validity of Will and that she had no objection to the transfer of the house in favour of the petitioner. The application was rejected as the property already stood transferred in favour of Mr. Singh’s wife on the strength of a 2012 Will executed by him during his lifetime, bequeathing his entire property in her favour.

As soon as she realized that an attempt was made to transfer the property on the basis of Will of 2020, she filed a police complaint. Since, no action was taken thereupon, she approached a Magistrate resulting in registration of the present FIR wherein it was alleged that the petitioner took undue advantage of his close relationship with the old couple and forged the 20202 Will apart from illegally withdrawing a sum of Rs.21 lacs from their accounts using ATM Card and cheques after forging signatures.

After hearing the parties, the Bench noted that late Air Commodore Satinder Singh was very weak and infirm for some years prior to his death and that his wife was also of advanced age and possesses all the infirmities associated therewith. It was also observed that the petitioner used to visit the old couple very frequently and used to look after them and provide assistance as required by them. The bench also considered the fact that execution of the 2012 Will was not in dispute nor was it disputed that by virtue thereof, the property was bequeathed in favour of the widow and in the event of her predeceasing, the testator, in favour of the son and in the event of both of them predeceased him in favour of the grand-children, from first marriage.

Further, the fact that in the disputed Will, the entire property of the deceased was bequeathed in favour of the petitioner inclusive of bank accounts, investments, lockers, FDs and he was tasked to look after the widow and to perform her last rites after her death. Thus, the bench noted that the widow who lives alone in this country was left without means and at the mercy of the petitioner.

“The only son has also been dis-inherited as have the grand-children from both the marriages”, the Bench added.

Thus, in light of the above, the Court noted that it was to be seen, “whether, a person of prudent mind would have executed the Will in dispute? It is also to be seen whether the deceased was in a fit state of mind to understand the result/consequence of his actions on 2.12.2020?”

Regarding this, the Bench opined that the petitioner did not produce the Will in dispute at the time of application by wife of Mr. Singh for transfer of the house nor did he do so while the son was in India. His conduct was thus found by the Bench to be suspicious. Also, the Court held that the execution of Will was more than doubtful.

Elaborating upon the above observation, the Bench added,

“No person possessing a sound disposing mind and ordinary prudence would ever leave his widow to the mercy of someone who was not closely related”.

Further, it was also held,

“Whatever be the relationship of the petitioner with the deceased and his widow, it cannot supplant that with the son. Despite differences in opinion, a son does not lose his place in the heart of his father. Grandchildren are even more dear. All the facts aforestated create serious doubt regarding the genuineness of the Will in dispute.”

The bench also held that if the deceased did execute the Will of 2020, in view of his health condition, he could not have understood the true impact of his actions having the petitioner open to a charge of misrepresentation which also portrays the petitioner as cunning and manipulative.

“The allegations against the petitioner are serious in nature. The investigating agency is required to unravel the conspiracy and to find out the co-conspirators. Recovery of huge sum of money has also to be effected and thus, the petitioner does not deserve the concession of anticipatory bail.”