In CR-5386-2022 (O&M)-PUNJ HC- Litigant cannot file suit, withdraw it from Court, sleep over matter for long time and thereafter come up with plea that he had not withdrawn suit, rather he was tricked by his son in doing so: P&H HC
Justice H.S. Madaan [22-11-2022] 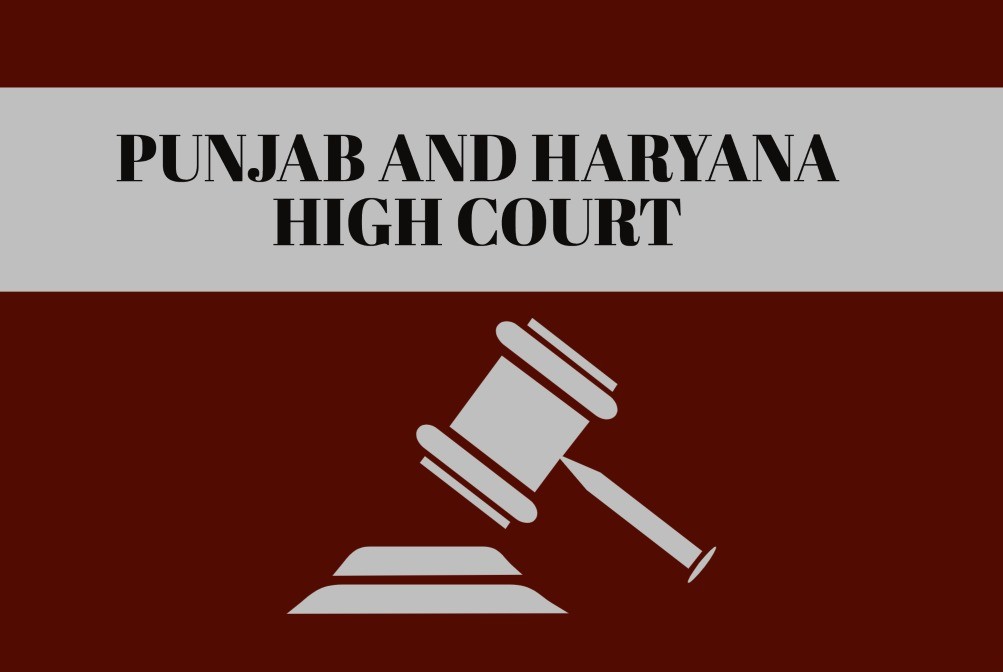 Chandigarh, November 28, 2022: While dismissing a revision petition assailing the Trial Court’s order dismissing the plaintiff’s application for setting aside the dismissal of his suit on the ground that he did not compromise the matter, rather his son obtained his false thumb impressions by taking advantage of his old age, the High Court of Punjab and Haryana has held that old age does affect physical health and mental faculties to some extent but it does not render a person susceptible to influence and pressure of others and to act on their dictates without exercising his own discretion and intelligence.

“Old age does not mean that a person suffers any loss in his mental faculties”, the Bench of Justice H.S. Madaan asserted while also holding, “It is not the sweet will of a person to file a suit, pursue it and thereafter, withdraw it from the Court and then sleep over the matter for a long time and one fine morning come up with a plea that he had not withdrawn the suit, rather he was tricked by his son in doing so”.

The plaintiff (Hukam Singh- then aged 98 years) filed a suit seeking a declaration to the effect that he was in cultivating possession of the suit land but the first defendant in collusion with the other defendants suffered an alleged sale deed in favour of the second and third defendants and a mutation was also sanctioned based on the sale deed.

The suit was dismissed as withdrawn. Subsequently, the plaintiff filed an application before the trial Court seeking the restoration of the suit contending that on account of his old age (106 years), he was residing with his son who played fraud with him by changing his counsel and getting the suit withdrawn without him compromising the matter out of his free will. He further added that his thumb impression was obtained by his son with the help of new counsel in collusion with the defendants.

The second and third defendants contested the application by submitting that the application was barred by time as the suit was already decided in National Lok Adalat on the basis of the plaintiff’s statement with regard to arriving at a compromise. It was submitted that the plaintiff was identified by the village headman (Sarpanch, Gram Panchayat) and he put his thumb impression on his statement before the Court in the presence of the Presiding Officer as well as the Sarpanch.

It was also claimed that after the dismissal of the suit, the plaintiff himself transferred the suit land in favour of his son Harnam Singh and the same was incorporated in the revenue record. Another civil suit was filed by the plaintiff’s son Bhagwan Singh wherein Hukam Singh filed a written statement. From all these things, it was contended that the plaintiff was well within the knowledge of the facts of the present case.

After hearing arguments, the trial Court dismissed the application. Hence, the present Court was approached.

After hearing the parties, the Court observed that the plaintiff himself withdrew the civil suit filed by him, however, subsequently, after about one year, he had second thoughts and filed the application for restoration of the suit which was rightly dismissed by the trial Court, vide impugned order.

The petitioner’s Counsel contended that on account of his old age, the plaintiff was unable to consider what was good or bad for him and he was tricked by his son into going to the Court and withdrawing the civil suit. With respect to this argument, the Court observed that old age does affect physical health and mental faculties to some extent but does not render a person susceptible to the influence and pressure of others and to act on their dictates without exercising his own discretion and intelligence.

“Old age does not mean that a person suffers any loss in his mental faculties”, the Court observed.

Further, from the chain of events, the Court observed that the plaintiff himself had withdrawn the suit by making a statement before the Court and then he did not do anything and after about one year, filed an application for restoration of the suit which under the circumstances was rightly dismissed by the trial Court.

Accordingly, the present petition was dismissed.