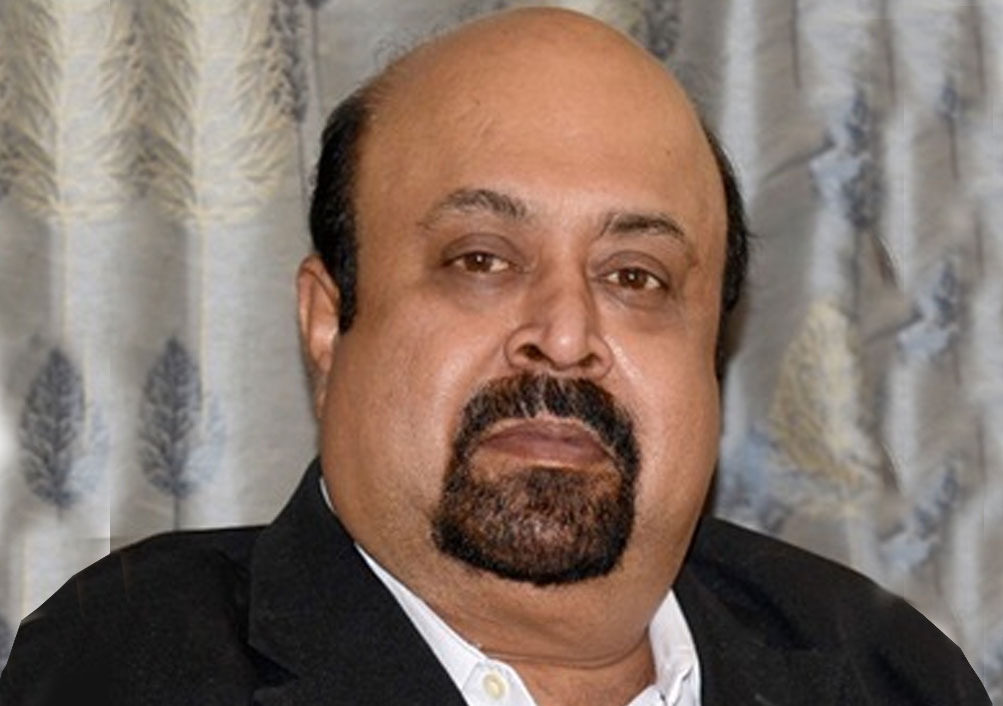 Prof. (Dr.) V.C. Vivekanandan has three decades of teaching and research experience in legal education and served NLS-Bangalore and NALSAR-Hyderabad between 1990 to 2017. He also was the Dean at Rajiv Gandhi School of IP Law at IIT Kharagpur between 2009-2010 and was the founding Dean of the School of Law at Bennett University at Greater Noida during 2017-2019.

He holds a Bachelor’s Degree, Master’s Degree and PhD degree in law apart from a Master’s and M.Phil. degree in Public Administration. Prof. Vivekanandan was appointed as the MHRD Chair Professor in 2008 -2009 and again from 2010 to 2017. During this tenure, he was also representing Government of India negotiations in SCCR meets at Geneva as an official delegate from 2013-2015.

From the onset of the Pandemic, HNLU has worked overtime in ramping up the digital infrastructure and also digital deliveries. The World Universities Real Impact (WURI) ranking recognized this and rated HNLU as 51/100 in crisis management. The digital infra utilization not only managed the lecture deliveries but floated innovative platforms of connecting with the students. Nevertheless, such moves are suboptimal compared to the real-world interaction in campus of class room, extracurricular activities, socialization and learning by living.  As the famous adage goes that the ‘tough get going when the going gets tough’, the University administration of faculty and staff put their best foot forward and it is commendable that the student community with so many shortcomings on the infra at their end and social stress responded to a forced lifestyle of a digital world. Hope the gains of such contingency will be useful in a blended learning of the future, but everyone wishes the ‘Real World life style’ as the main stay.

In the initial few months, the technology transplant for teaching deliverables had hick ups and required a calibrated effort. The first experiment was that of the introduced the ‘Flexi Teaching – Flexi Learning’ (FTFL) model of uploading the lectures a day ahead to overcome real time glitches of connectivity, band width etc. In next semester we moved to real time classes as situation on the connectivity improved. The ‘SACE’ model (The Special Assignment of Critical Essays) which eased the traditional system of mugging and recalling legal section with original contributions. Our innovative platforms of ‘Lex Osmose’ ( single credit courses), ‘Lex Arca’ ( Out of the box lecture series), ‘Alma Matters’ ( Alumni platform) added new dimension through technology platforms. In short, the technology tools were effectively used for optimal deliverables in the given circumstances. There will be long term benefit of using such technologies after the ‘normalcy’ reigns.

Interestingly IPR serves as the guarantor of Return on Investment (ROI) for  innovator firms for investing and coming out with lifesaving drugs and vaccines. On the flip side such monopoly models hamper timely access to those who need them desperately. This access issue has imploded in the unfolding of the global crisis of Covid. The legal route of compulsory licenses does not allow a breather in this type of wild fire Covid spread. This then can only be addressed by voluntarily giving up the rights and facilitating rapid licensing and upgrading of production to save the lives which are falling like nine pins. Indian advocacy in WTO-WHO of freeing the COVID vaccines is reflective of this serious concern. If this is not addressed by the protagonists of IP rights, it will lead to an aggressive backlash on the very foundation of IP logic. The innovators investments can be recovered and managed by paying the necessary compensation by the Governments and to work out a moratorium of the rights regime till the world limps back to normalcy.

Privacy as a concept and its evolution is parallel to the discourse of Human Rights itself. Open societies value this as being important as economic well-being. In a way it is a litmus test for a fair governance in democracies. The current explosion of technological innovations and applications are mindboggling in terms of benefits on one hand but also tends to be a runaway technology trampling identity and privacy. With the advent of Artificial Intelligence,  it is a situation of ‘code superseding  the coder’. In the battle of technology vs law, law has been always  a laggard but the gap is now  humongous in proportion. We certainly need an innovative legislative check mate to stop this no holds barred techno violence. At the same time, it is important that one does not throw the baby out of the bathwater.

Without an iota of doubt the current developments in terms of AI, Big Data and other emergent technologies can and will displace lawyers of their mundane and repetitive work. When billing margins of large and mid-size law firms come under pressure – pandemic has already set such onslaught —  they will look forward to AI based solutions. This is an ominous sign for a sizable new entrant in the practice under the standard template work. If history is any proof, the technology juggernaut cannot be stopped but can be managed and the fallout mitigated. I am reminded of Issac Assimov’s  first principle of Robotics which states “A robot may not injure a human being or, through inaction, allow a human being to come to harm”. May be we have to interpret this to include the harm of livelihood ?

Quite a few areas – standard template syllabus, lack of empirical driven research, evaluation components without a critical thinking approach, lack of training on the art of teaching, funding sources for legal research, appraisal-based increments, absence of academics in public policy formulation to point a few. In short, legal education managing the supply side in terms of quantity but the quality perspective has not tapped the potential of the students and faculty.

Not working is an oxymoron when you are heading a law school (of course this is when you are serious about your deliverables).  I do take some forced  break and listen to music specially the ones in SMULE platform, random You Tube browsing, reading random non-law stuff and when there is some luxury of time to watch NETFLIX or Amazon Prime Of course one cannot escape the WhatsApp forward syndrome.