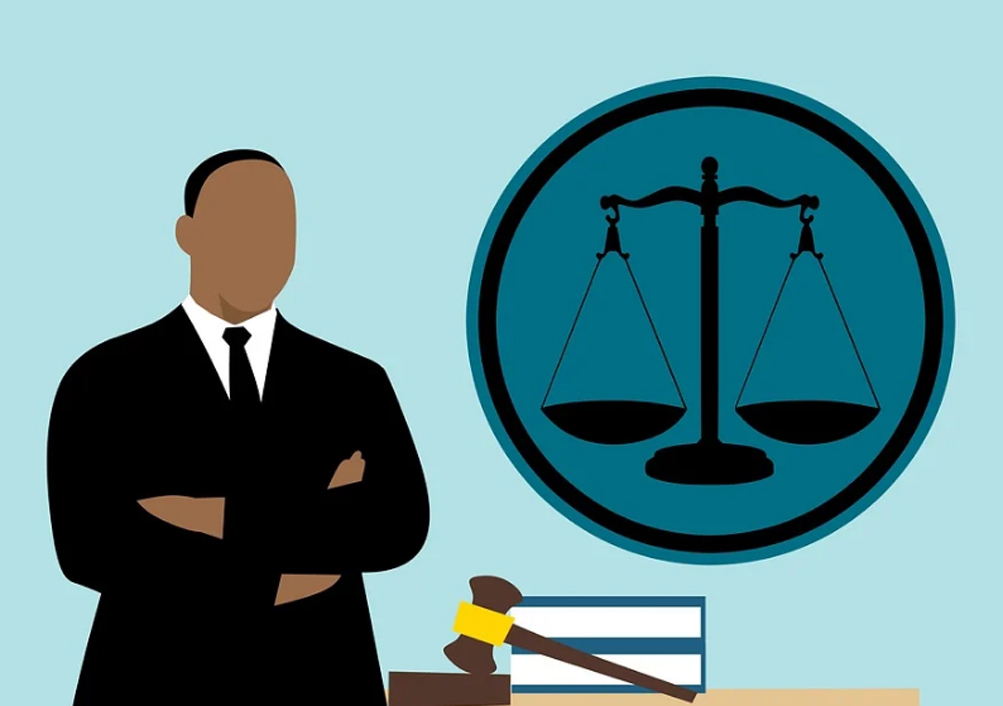 June 1: Go to law school, pass the bar, become a lawyer and retire at 65 with a gold watch? For decades, this was one of the clearest professional pathways students could pursue, but that’s changing.

While law school graduates out-earn those with just a high school or bachelor’s degree on average, the legal profession is not immune to the same technological trends that have touched essentially every industry.

Advances in technology such as artificial intelligence allow modern software to scan legal documents, streamline communications and find relevant casework for lawyers. McKinsey estimates that 23% of work done by lawyers can be automated by existing technology.

The cost of law school, like the cost of undergraduate programs, has steadily increased over the past several decades, making it more expensive for students to consider a profession in law.

These costs reflect a significant increase from previous decades. According to data from the American Bar Association, in 1985, tuition cost roughly $7,526 at private law schools and $2,006 at public law schools. Adjusted for inflation, these costs would be closer to $17,871 and $4,763 today.

And these pressures, both financial and technological, are forcing law schools to change.

“People mention that law schools haven’t changed in a while,” James Greif, communications director at the Association of American Law Schools tells CNBC Make It. “I think that maybe they’re not paying close enough attention.”

At the UCLA School of Law, often considered one of the best public law schools in the country, administrators believe that addressing costs is essential to addressing the existential questions that face law schools.

In December of 2019, UCLA Law School announced the launch of a one-year Master of Legal Studies program which would provide students with a master’s degree, but not a law degree, at a fraction of the cost, and in a fraction of the time.

Greif says he has seen “big growth” in the number of masters programs such as these.

“There’s an enormous number of people who engage with the law, who need to work with lawyers, who need to know a decent amount about the law for what they do, but they don’t actually need the license,” Jennifer Mnookin, dean of the Law School at UCLA tells CNBC Make It. “They don’t need to be lawyers.”

This trend is due in part to large law firms “thinking more like businesses than they did a generation ago” and to technology, she says.

“Technology is already disrupting the legal profession, and there will likely be continued changes,” Mnookin explains. “A great deal of the work that first and second-year associates used to do at large law firms, they’re no longer doing. It’s been outsourced in a variety of ways, partly to technology and partly to other forms of labor.”

And these changes should impact how students think about law school, she says.

“I think that a law degree can be a terrific investment for those who just want to focus on their deep analytical skill development and critical thinking skills,” Mnookin emphasizes. “But I don’t know that I would recommend a three-year law degree unless you think you want to be a lawyer. It’s a lot of time and money if you’re not looking to practice.”

She continues, “If a full three-year degree isn’t necessary for your professional goals and a one-year degree might meet them, that may make a lot of sense from a cost perspective — both the cost of the degree but also the opportunity cost of that extra time.”

Still, many young people today are interested in being full-time lawyers.

“There’s been an uptick in applicants to law schools over the past few years, and there’s been a lot of talks about a ‘Trump Bump,’” says Mnookin, referencing the belief held among some that law school applications are up because the election of Donald Trump has inspired young people to be more involved in the political process.

And in the competition to attract top students, law schools are racing to increase the value that they provide.

“Law schools face a dynamic that is true across universities right now, which is that students are looking for investments in student services and support that are quite valuable, but also do serve to increase costs,” says Mnookin, pointing to student wellness programs, small classes with hands-on learning and robust professional services. “These are all really good things, and I think they’ve made law school a stronger student experience than it was a generation ago, but none of that comes free.”

Another way law schools are working to increase their value proposition is by offering more lifelong learning resources.

Greif argues that to a significant extent, law schools have always been centres of lifelong learning, through conferences and collaboration with local bar associations, but says that some schools have been ramping up their offerings.

In November 2019, The W. P. Carey Foundation made a $125 million gift to the law school at the University of Pennsylvania, the largest gift ever to a law school. The university announced that the gift would allow Penn Law to increase student financial support, expand its pro bono program and launch a Future of the Profession Initiative  which will emphasize technological advancements in the profession.

The law school also plans to roll out a “Five Year Out Academy” which would invite graduates to participate in their continuing education, which lawyers are required to take throughout their careers, through Penn Law five years after graduation.

This timeline is by design, says Jennifer Leonard, Penn Law’s chief innovation officer and executive director of the Future of the Profession Initiative.

“At a traditional law firm, associates who are junior associates one to four years out of law school traditionally are asked to perform and are rewarded for performing ‘lawyering tasks’ — so research, writing, preparing work products for clients,” Leonard tells CNBC Make It. “And then around year five or six firms really want their attorneys to start thinking about business development skills and the things that will help them ascend to leadership positions within the organization.”

She continues, “We want our students at that point to be able to come back to us to become well-equipped, to move into the next phase of their career.”

Penn Law is not alone in these efforts. “Many schools have websites and calendars for continuing legal education where they provide live and online opportunities,” says Greif. “Arizona State and UC Berkeley  are a couple of them.”

Leonard adds that schools like Penn Law are also hoping to prepare their students for potential technological disruption by exposing them to disciplines outside of law such as engineering, business, design, education and the sciences so that they could one day potentially work as a lawyer in one of these growing sectors.

One example: Tracey Steinberg graduated from New England Law in 1996 before moving to New York City, where she worked as an associate for several small litigation firms, when she noticed a new trend in the legal profession.

“Often litigation firms, especially growing ones, will have more court appearances than they have attorneys,” she tells CNBC Make It. “I caught on to that trend and decided to jump off the associate-partnership track and full-time become a per-diem attorney, which back then was quite unusual, especially for a young woman.”

After years of working as an appearing attorney on a per-day basis (otherwise known as per-diem), Steinberg saw an increase in demand for what are essentially freelance attorneys who can appear in court on behalf of a client or firm.

Steinberg started her own business, connecting firms with other per-diem attorneys and now, she is turning that business into a customizable software system, effectively removing herself from the logistical process, and enabling firms to directly connect with per diem attorneys.

“I, at this moment, cannot think of one second I spent in law school that spent that helped me prepare for this,” she says with a chuckle. “I might sound blasphemous, but I’m not really quite sure how much law school even prepared me for being an attorney.”

Law schools may now be catching on to her point. “The future of law is going to be very different than the law profession has been to this point. The successful lawyers of tomorrow will need to be adaptable in a way that lawyers have never needed to be in the past,” says Leonard. “Schools that offer them the opportunity to connect with other disciplines, to build a network that is not only isolated in the legal profession but brings together people who think differently will really benefit lawyers who will be required to be more adaptable than any other generation before.”

Indeed, this adaptability is what makes Steinberg say her law degree was still worth it — even if it didn’t prepare her for the specific changes she has seen throughout her career.

“I think that having a law degree will always be beneficial, even if you don’t necessarily use it,” she says, pointing to the credibility and critical thinking skills that it can give a business person. “Even though I’m not practicing law any more in a traditional sense, I’m going to be copyrighting my system because I’ve trademarked before. I’ve used my law degree throughout my career.”

She continues, “Business, you can learn from trial and error, and I don’t necessarily know that business school is worth the financial investment — but I do very much believe that you cannot get a law degree anywhere else. I think it’s worth every penny.”

This article first appeared on cnbc.com.