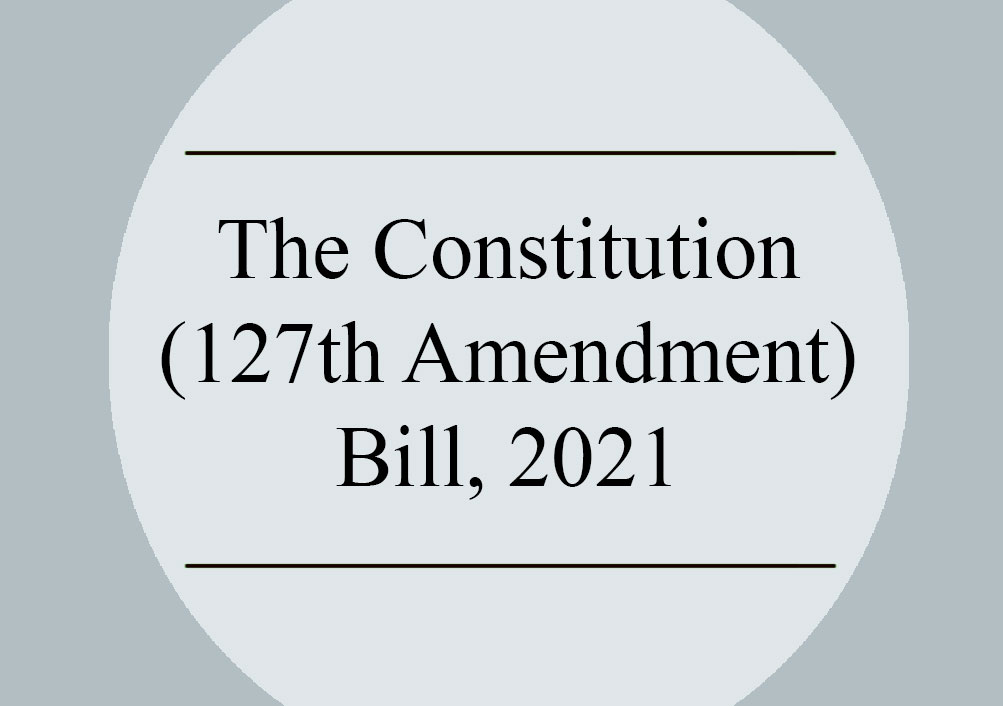 August 10, 2021 : With a view to maintain the Federal structure of the country, the Constitution (One Hundred and Twenty-seventh Amendment) Bill, 2021, was introduced in the Lok Sabha by Social Justice and Empowerment Minister Virendra Kumar on August 9, 2021.

The Bill clarifies that the State Government and Union Territories are empowered to prepare and maintain their own State List/ Union territory List of socially and educationally backward classes (SEBCs). It proposes to amend Articles 342A, 366 (26c) and 338B (9) of the Constitution of India.

Earlier, the Constitution (One Hundred and Second Amendment) Act, 2018 had inserted three new articles, that is, 342A, 366(26C) and 338B in the Constitution. Article 338B constituted the National Commission for Backward Classes, Article 342A dealt with the Central List of the socially and educationally backward classes (commonly known as the Other Backward Classes) and Article 366 (26C) defined the socially and educationally backward classes.

Justice S.Ravindra Bhat opined that by the introduction of Articles 366 (26C) and 342A through the 102nd Amendment, the President alone, to the exclusion of all other authorities, is empowered to identify SEBCs and include them in a list to be published under Article 342A (1), which shall be deemed to include SEBCs in relation to each State and Union Territory for the purposes of the Constitution.

It was also noted that the states can, through their existing mechanisms or even statutory commissions, only make suggestions to the President or the Commission under Article 338B, for inclusion, exclusion or modification of castes or communities, in the list to be published under Article 342A (1).

The Bill has indeed circumvented this May, 2021 Supreme Court Judgment as it seeks to reinstate the power of the State Government and Union Territories to prepare and maintain their own List of SEBCs.